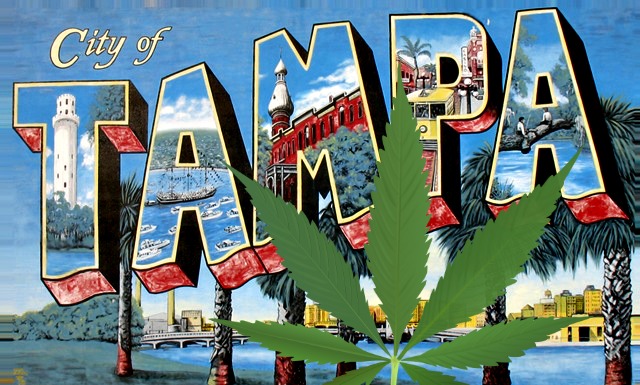 It’s rare when a city council mayor, police chief and anti-drugwar activist can agree on a new marijuana proposal, but that’s exactly what’s happening in Tampa, Florida. Tampa council members passed a new ordinance in a 6-to-1 vote that will decriminalize the possession of smaller amounts of marijuana. The new measure will see people who possess 20 grams or less of cannabis be issued a $75 citation for their first offense, $150 for their second, and $450 for a third or any other offenses.

The possession of 20 grams or less will also cease to be classified as a misdemeanor. Possession of more than 20 grams will still be classified as a felony. Tampa Police Department Chief, Eric Ward, who supports the measure stated, “This is not a get-out-of-jail-free card – this is to target those first time offenders that made a mistake and giving them the opportunity not to get into that criminal process.”

A founding member of the Hillsborough County Anti-Drug Alliance, disagrees, however. She told News Channel 8, “When you talk about second chances, we don’t mean third, fourth, fifth, sixth. The way the ordinance [is] written right now, they can get a citation multiple times, and there’s no requirement for any assessment, education or treatment. That’s what concerns us.”

We are not sure if this member spoke in front of the council or if there was a collective sigh of disdain from the audience when she uttered her statement, but there was most certainly a sigh of disdain when it was read.

The ordinance must pass a second reading on March 17 in order to become law.

This article (Tampa City Votes to Decriminalize Possession of Small Amounts of Cannabis) can be republished under a Creative Commons license with  attribution to Brandon Turbeville and Natural Blaze.com.