You may have – along with a birthday card. Back in February, he became a national sensation when a social media campaign asked for cards and stickers to fulfill his one birthday wish for his 9th year of living. His autism was highlighted heavily on the news and his spirit captured hearts everywhere. Thousands of people responded to the request – so much so, that the parents had to rent a storage locker.

Even the President and his family sent Bubby a birthday card!

So of course, he would be removed from his home in May after the media attention died down. The attention he received is what got attention from CPS workers….

Brandi and Thomas Everson are still fighting to get custody of Bubby since he was taken by social workers and police on May 22, after unspecific claims of “risk of immediate harm.” They still can’t understand it, but it seems they are building a case against the parents due to unnecessary medical treatments – a common claim, if you can believe it. Bubby doesn’t just have autism – as is often the case, autism carries other health issues with it. “According to Bubby’s parents, he was born with congenital CMV, or Cytomegalovirus, plus autism, cerebral palsy, epilepsy, deafness, scoliosis, and sometimes experiencing up to 10 seizures a day.” (source) He wears a cochlear implant.

It was the medical staff at Seattle Children’s hospital that raised the red flags about Bubby Everson’s care. Doctors accuse the parents of “caregiver fabricated illness,” forcing medical treatment on him that he doesn’t need, like medications and a feeding tube.

“Why would a doctor cut open a child, insert a tube, if it wasn’t necessary? That opens him up for malpractice,” Brandi Everson responded.

Indeed, how can the caregiver fabricate an illness the doctor has diagnosed? According to the background story, highly recommended read at Medical Kidnap, it was CPS workers that seemed “highly concerned” after seeing the amount of mail they received.

Since last week, Brandi and Thomas Everson have been fighting to regain custody of their son Bubby in Washington State. CPS made allegations of medical abuse against the Eversons and removed their medically fragile child after he gained national media attention for a special birthday wish. The Eversons have a court hearing at 1:30 p.m. today (June 1, 2015) in their fight to get their son back…

If you’ve ever read from the Medical Kidnap Web site, then you’ve heard of one of CPS’s favorite tactics – accusing one of the parents of having Munchausen Syndrome – that is, a mental disorder making up illnesses for attention – but somehow considered more insidious than hypochondria. Interestingly, there’s a bad, moral stigma attached to it by the medial community.

However, CPS applies this to parents vicariously displaying it towards their children – “Munchausen Syndrome by proxy” – or constantly seeking unnecessary treatments for a child to meet one’s own twisted needs (they claim). Let’s say Munchausen really is its own syndrome (versus a symptom of narcissism or BPD) or even a vicarious one – how is it that a flippin’ social worker can diagnose people on the spot with it and that soooo many parents, especially with autistic or epileptic children, are suddenly spot-diagnosed with it and are having their children yanked from the home “for their safety”? 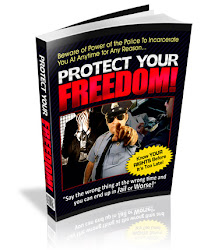 Wait, I thought the doctor’s office was the safest place in the world for someone – especially a child. So now when a parent is sent to specialists they can arbitrarily be accused of this mental disorder and have their children taken? Guilty until proven innocent? How convenient. And how conveniently lucrative for CPS workers who would use this claim – like fishing from a barrel.

According to the Congressional Coalition on Adoption Institute, there are almost 400 thousand children in the foster care system in the United States alone. Although around 100 thousand of these children are eligible for adoption, about 30% will wait over 3 years before they finally find a home. (source)

That’s 300,000 not in foster care to be adopted – the likeliest reason is that they are there at the behest of Child Protective Services. Not only are they often given unnecessary and powerful anti-psychotic drugs, they are often abused, neglected (sometimes to the point of death) or denied legitimate medical treatment.

If a parent is truly struggling with an issue of subjecting their child to unnecessary treatment – it seems like this could easily be solved or nipped by the doctor, instead of the doctor treating the child and then his staff reporting that child for removal. This system is completely open to abuse to the child  – no one ever thinks to accuse the doctor of a legitimate personality disorder like narcissism; no one thinks to level mental health claims on the CPS worker who is abusing power and too eager to remove a child from a home that has packages coming in. In the end, who actually protects the child? Not the State. Who is held accountable for “mistakes” and “oversights”?
Issues or not, it is a living nightmare to have a child’s wish fulfilled by the kindness of strangers only to have CPS workers and police show up to take your child away. Is that in Bubby Everson’s best interest in this, his 9th year of living? Of course not!