European Parliament Strengthens Countries’ Rights to Say No to GMO 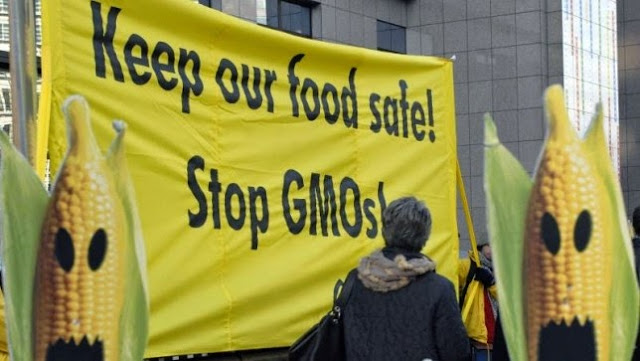 The European Parliament’s environment committee today voted on a proposal for a new scheme for the authorisation of genetically-modified organisms in the EU (1). The vote by MEPs strengthens the grounds on which member states or regions could opt-out from GMO authorisations under the proposed new system.

“MEPs have today voted to strengthen the hand of member states or regions wanting to opt-out of EU authorisations of GMOs, under a proposed new scheme, even if major concerns remain about the overall proposal. No must mean no: countries wanting to opt out of GM authorisations must have a totally legally watertight framework for doing so. However, the Greens are still very concerned that this new opt-out scheme is a slippery slope for easing EU GMO authorisations and does not fundamentally change the flawed EU approval process in itself.

“Today’s vote would offer much greater certainty by allowing opt-outs on the basis of environmental grounds complementary to the ones assessed by the European Food Safety Authority, something that was rejected by EU governments in Council. MEPs have also voted for the inclusion of mandatory measures to prevent the contamination of non-GM crops, with the myriad of issues this raises. The committee also rejected a proposal from EU governments, which would have obliged member states to directly request that corporations take them out of the scope of their GMO applications, before being allowed to opt out.

“There is definitely a need to reform the EU’s GMO authorisation process: we cannot persist with the current situation by which authorisations proceed in spite of flawed risk assessments and the consistent opposition of a majority of EU member states in Council and, importantly, a clear majority of EU citizens. However, the answer of this cannot be a trade-off of easier EU authorisations against easier national bans.The European Parliament must now fight tooth-and-nail to maintain this position otherwise the new proposal for EU GMO approvals is a Trojan horse, which risks finally opening the door to genetically-modified organisms across Europe, in spite of citizens’ opposition.”

(1) The EP’s environment committee voted on its second reading position on proposals from the European Commission to revise the EU system for authorising genetically-modified organisms. With EU governments having taken a different position in Council, negotiations must now take place to conclude the legislation. The proposals foresee a streamlined decision-making process for EU GMO approvals, with the possibility for member states or regions to opt-out. However, concerns have been raised about the legal certainty of these opt-outs.