Detergent Pods Are Harming Kids, So Why Not Make Your Own Laundry Soap? 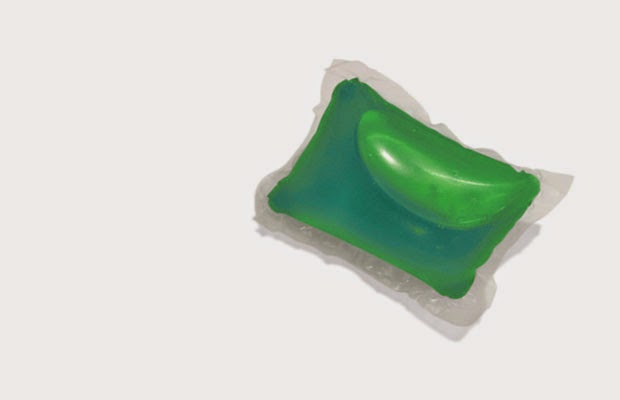 According to a new study The Associated Press, more than 700 kids have wound up in the hospital after injuries sustained from those squishy laundry detergent pods — the latest craze in laundry care.

All the mainstream laundry brands have them: Tide, All, Gain, Purex, you name it. Apparently children are often mistaking the multi-colored little pods for candy or other edibles and winding up in the emergency room.

Thousands of kids are sickened by laundry pods every year. In one case, a grandmother mistook one of the pods for a teething toy, likely because they just so happen to look awfully similar, and put it in her nine-month-old granddaughter’s mouth. They had to rush the baby to the ER.

All told, some 17,230 calls to U.S. poison control centers involved children and laundry pods; 769 of those kids had to be hospitalized. The worst results included over 140 eye injuries, 30 comas and 12 seizures. Some kids had to be put on ventilators. The symptoms that your child may have eaten one of these things include excessive vomiting, wheezing and/or gasping for air, extreme sleepiness, and severe throat or eye irritation.

According to a 2012 University of Virginia Health System report, the hospitalizations for laundry pods are excessive and not normally seen with traditional laundry detergents.

Six percent of the phone calls received by our nation’s poison control centers were about detergent packets … not even all laundry soap, but just detergent packets! When you consider how many poisonous things there are out there these days, six percent seems like a lot for just one product.

You know, it does seem in many cases as we’ve moved up in the world of supposed “time-saving” technology, it comes back to bite us in many cases. Consider food for example. Back in the day when people grew a lot of their own food and prepared it at home, they knew what was in it and there was no “organic” label. It’s like that meme: what you call organic food your grandparents likely just called “food” (period).

Well a study published in the American Journal of Preventive Medicine confirmed that spending more time cooking your own food at home does actually equal a better diet. And it’s no wonder, especially when you consider reading some food labels these days is like Chinese radio instructions. Unless you have an advanced Chemistry degree, you might not have any idea that you are even eating a ton of synthetic chemicals with potentially disastrous cumulative effects in your food.

(Azodicarbonamide is a good example. It’s a petroleum byproduct commonly listed on commercial bread products as a dough conditioner. It also happens to be found in the preparation of everything from shoe rubber to yoga mats. There was a big push to get Subway to stop using the chemical in their bread last year, which the chain agreed to, but what about all the other restaurants still doing it?)

The same can be said for laundry detergent. Did we really get so lazy we can’t even measure and pour a cap of liquid into our washing machines? Do we really need something to help us skip that time-consuming, labor-intensive step by adding more plastic petroleum to the process via laundry pods?

At least we have washing machines these days. Most people don’t even think about what’s in their laundry detergent to begin with. Guess what?

During WWII, the fats and oils that were used to make soap became scarce because they were being used instead to manufacture nitro-glycerine for explosives, and so another chemical source for cleaning agents had to be found. We were finding petroleum all over the place by this time, and scientists discovered that they could make thousands of new chemicals from this petroleum, including what they called detergents. Detergents soon became a regular household item because there was no alternative during WWII.

Petrochemicals, which are the synthetic chemicals made out of petroleum, are found in the ingredients on laundry detergents such as fragrance, phthalates, artificial colors and NPEs.

Yep. The site goes on to say, “Detergents are still much cheaper to manufacture than true soaps, and marketing has ensured that a majority of the population is absolutely convinced that detergents are safe to use.” And apparently a whopping 80% of these products have never even been tested for safety.

Gee. No wonder kids who put laundry pods in their mouths end up in comas.

But you don’t have to compromise and fill your house (and potentially your children) with dangerous petrochemicals. You can actually make your own safe and economical laundry soap for pennies a load at home and skip the oil refinery.

In fact, Tess’ handy “10 Household Products You Never Have To Buy Again {With Shopping List}” not only has a quick, cheap recipe for a much safer laundry detergent (at least you will know what’s in it) but you can also make your own fabric softener and a whole mess of household cleaners.
Check out how simple this is:

(And yes, this stuff is low suds, so it can be used in an HE washing machine as well!)

You know, the top reason parents call poison control centers in this country has to do with children and dangerous household cleaners.

To be fair, yes, we should all make sure we keep hazardous chemicals locked away where our children can never get to them to begin with, but…

Have you ever considered that maybe we need to stop having so many hazardous chemicals sitting around in our houses to begin with?

Melissa Melton is a staff writer for Ready Nutrition, as well as a writer, researcher, and analyst for The Daily Sheeple. She is a co-creator of Truthstream Media with Aaron Dykes, a site that offers teleprompter-free, unscripted analysis of The Matrix we find ourselves living in.

If you found this article useful, please Vote for Ready Nutrition as a top prepper web site.