There are hundreds of food industry facts that are sheltered from consumers and only made public by food scientists if absolutely necessary. The following are 14 of the more well known industry insider secrets that have been exposed now for some time, but still not common knowledge to millions of consumers.

Many consumer watchdogs have found that food label claims such as ‘pure’, ‘fresh’, ‘non-artificial’, ‘natural’ and ‘real’ are largely unregulated and false when these claims are investigated. Moreover, the processing of most foods, ingredients used in manufacturing, their byproducts, waste management and other details are often kept hidden from the public until they’ve been exposed by those willing to publicize the information.


1. The manufacturing of Greek yogurt produces millions of tons of toxic waste every year, and nobody knows what to do with it.


For every three or four ounces of milk, companies who manufacture greek yogurt can produce only one ounce of creamy Greek yogurt. The rest becomes acid whey. It’s a thin, runny waste product that can’t simply be dumped. Not only would that be illegal, but whey decomposition is toxic to the natural environment, robbing oxygen from streams and rivers. That could turn a waterway into what one expert calls a “dead sea,” destroying aquatic life over potentially large areas. Spills of cheese whey, a cousin of Greek yogurt whey, have killed tens of thousands of fish around the country in recent years.

The $2 billion Greek yogurt market and state government officials are scrambling not just to figure out uses for whey, but how to make a profit off of it. Source

2. All grocery retail orange juice that is “not from concentrate” is processed with “artificial flavor” to ensure that each bottle tastes exactly the same.

No matter what time of year and regardless of the origin of oranges, large juice manufacturers like Pepsico are consistently blending perfectly flavored orange juice specifically through carefully controlled processes and artificial flavor calibration. These mixtures are added to replace the natural flavors lost when the juice chemically separates oxygen ( “deaerates” ) to be able to maintain shelf life for more than one year without oxidizing.

Because the added flavor is technically derived from orange oil extract (although it is completely, artifically and a chemically manufactured derivative), it does not need to be specifically listed in the ingredients.Source

More than 99% of vegetarian burgers at grocery retailers are made with soy protein isolate (aka textured vegetable protein, aka soy meal). These substances derived from defatted soy flour are mostly used in pet foods, but sweetened up with sugar and spices to help improve their taste. Soy oil is generally separated from flaked soybeans — leaving defatted meal that’s ground into flour — using a chemical called hexane, one of the volatile organic compounds that constitutes natural gas, crude oil and gasoline. Since more than 95% of soy is also genetically modified, you’re also getting a nice dose of transgenic DNA in your veggie burgers. 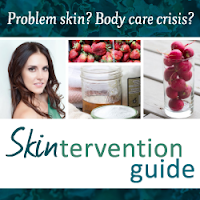 4. Conventional milk is made by high heating, homogenizing, pasteurizing, re-packing and combining the milk of hundreds of cows fed genetically modified grain and injected with hormones.

Old-time farmers will say they can tell where their cows have been grazing by the taste of the milk. By contrast, the milk we buy in supermarkets will be uniformly white. Its cream won’t rise. And a lactic perfume will be detectable only if the milk is ultra heated.

Cows are kept in herds of about 800 and fed not grass, but standardized mixes of genetically modified grains, old citrus, alfalfa and nut husks. Today, according to UC Davis estimates, about a third of the herds in California are treated with hormones to increase production. The milk will be standardized, fortified, pasteurized and homogenized. Translated, this means that it will be taken apart and put back together again, not always in the same proportions. Then it will be cooked and emulsified. At that point do you think it’s still milk? Source

5. Producers of maraschino cherries chemically bleach (through a preserved brine solution) and then marinate the cherries in huge vats of corn syrup and food coloring (FD&C Red 40) to make the cherries red again. Source1 Source2

6. Many canned soups are flavored with MSG, even when they specify they are NOT.

The food additive “MSG” is a slow poison which hides behind dozens of names, such as natural flavouring and yeast extract. Currently, labeling standards do not require MSG to be listed in the ingredient list of thousands of foods.

Secretly, soup manufacturers admit that they have refered to MSG as “natural” (that is refined from vegetable protein and yeast) and establish it in the list of ingredients as ” yeast extract “or” hydrolyzed protein. “War of ads broke in 2008 because Campbell and Progresso were so worried that customers would not buy soup if they knew the amount of MSG containing. Source


7. Processed canned soups go through such violent processing that manufacturers must grow mutant sized vegetables so they don’t disintegrate in the soup.

The food you make at home isn’t reheated while being violently shaken. In order to destroy any pathogens, FDA requirements dictate that soup, once canned, be heated to 250 degrees; many manufacturers speed that process by agitating the can, thereby ensuring that the heat distributes itself more rapidly. This requirement changes the flavor of soup also changes the way the soup itself is actually made.

Soup companies shy away from ingredients that break down in the canning process so they grow special freakish mutant vegetables like carrots which look like tree limbs–they’re like baseball bats. But once they go through the cooking process, they come out looking like the small young ones that you’d put into your soup. Source

8. Most ice creams are thickened and stabilized with a slew of toxic ingredients.


These include a variety of emulsifiers which prevent the ice cream from destabilizing. They include polysorbate 80, potassium sorbate, sodium benzoate, carrageenan, xanthan gum, guar gum and soy lecithin. If your store brand or parlor ice cream melts rapidly, that’s a good sign as it likely has a low overrun and little fat destabilization, which means a lower percentage of toxic emulsifiers and stabilizers. Source

9. Hot dogs are filled with a sticky mixture of cuts of mechanically separated chicken, pork, fats and starch or “grain fillers.”

The red or light brown dog varieties usually on sale everywhere contain very little real meat. Instead, they are made up of 64 percent mechanically-recovered chicken and 17 percent is pork. Mechanically-recovered meat is the slimy paste created when a carcass — stripped of all traditional cuts — is forced through a metal sieve or blasted with water. The process is banned for beef, but is permitted for pigs and poultry, and the meat produced is ten times cheaper than normal meat.

10. Many olive oils “extra virgin” imported (and expensive) are actually made with cheaper oils of seeds and nuts.

To boost profits, for example, some producers have been caught adulterating the oil they label as “extra virgin” with much cheaper hazelnut, soy, or sunflower seed oil, among others, as well as mislabeling its country of origin.

Read the fascinating (and hilarious) report by Tom Mueller on olive oil fraud business, that eventually became the book Extra Virginity: The Sublime and Scandalous World of Olive Oil. Source


11. Food products that are red and pink are often dyed with cochineal extract, also known as tiny crushed insect bodies.

Cochineal extract sometimes appears as carminic acid or carmine. You can learn more about the process of making the dye here. Source

12. Coffee creamer is made from corn syrup and (trans fatty acids/hydrogenated) vegetable oils.

There is no cream. These are the ingredients listed on the label of the original liquid cremora Coffee – Mate:

13. To make bacon, the pork bellies hanging in this strange wash cabinet are bathed in a shower of “liquid smoke”.

The creepy red rain converts the flesh tints to a more familiar color of bacon that consumers desire. The European Food Safety Authority (EFSA) is investigating the safety of liquid smoke as a food flavoring.Source

Cellulose made of decomposed plant fibers (including wood) and is a common food additive to make make ice cream creamier or thicken salad dressing without adding calories. Since it is natural, even packaged foods labeled as organic often include cellulose. Mmmmm Sawdust! Yummy.

April McCarthy is a community journalist playing an active role reporting and analyzing world events to advance our health and eco-friendly initiatives. She writes for Prevent Disease where this article first appeared.