Should Toddlers Be Medicated for ADHD? 
The trend of medicating children for behavioral issues continues to grow, and the Center for Disease Control (CDC) is now reporting that as many as over ten thousand toddlers under 4 years old in the United States are presently being medicated for Attention Deficit Hyperactivity Disorder (ADHD).

Many of these toddlers are receiving methylphenidate medications like Ritalin and Concerta, or amphetamines such as Adderall or Vyvanse, all of which have serious known side effects including, but not limited to, insomnia, hallucinations, growth suppression, aggression, muscle twitches, restlessness, unusual behavior, and more.

In March, a different study by the CDC noted that rate of ever having ADHD in children ages 4-17 had jumped to 11%, a dramatic 42% increase in less than a decade. This recent CDC report, which looked at patients in Virginia, noted that toddlers under the care of Medicaid are more likely to be put on these medications, pointing to the fact that lower income families are more likely to use behavioral modification pharmaceuticals on children.

“Medication for some toddlers can seem like a cheap and fast fix, and one that parents who are probably already struggling may welcome. Many toddlers on Medicaid live in single-parent homes, where the time to put into alternative programs may be as scarce as the programs themselves. For black parents, other considerations come into play: even in preschool, black students are more likely to be suspended; children with ADHD behaviors often find school difficult; and parents of children on Medicaid who are lucky enough to have a preschool placement for their children (particularly during working hours) may have a lot at stake if that place is lost.” [Source]

The concerns over medicating children with psychotropic, mind-altering pharmaceuticals are grounded in the notion that children are having their personalities suppressed and are being medically forced into behavioral conformity, rather than being introduced to alternative treatments or better environments by parents, schools and daycares. Additionally, there is of yet no examination of health data collected over the long term that can verify the long range safety of these drugs. Furthermore, giving kids these medications amounts to medicating without consent, a serious ethical question in it’s own right. 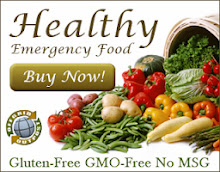 Some respected physicians and parents do not believe that ADHD is even an actual disease or disorder, but rather a description of an array of many behavioral characteristics that are exhibited at some point or another by pretty much everyone. Yet, it is becoming increasingly common for parents and schools to jointly recommend pharmaceutical intervention into children’s health when a child’s behavior is unmanageable in the school/day care environment.

Dr. Susanna N. Visser, who oversees the CDC’s research on ADHD, believes that medicating children with these drugs at such an early age is dangerous, stating that:

“Families of toddlers with behavioral problems are coming to the doctor’s office for help, and the help they’re getting too often is a prescription for a Class II controlled substance, which has not been established as safe for that young of a child… It puts these children and their developing minds at risk, and their health is at risk.” [Source]

Many of the ‘symptoms’ of ADHD are already debatable when found in older kids, but toddlers are unique amongst children because they inherently behave differently than older children and have not learned very basic social behaviors. To drug them at such a young age is a travesty according to Dr. Nancy Rappaport, a Boston area child psychologist at Cambridge Health Alliance. She notes that the parents and other adults in the child’s life bear the responsibility of creating an environment that nurtures positive health:

“In acting out and being hard to control, they’re signaling the chaos in their environment. Of course only some homes are like this — but if you have a family with domestic violence, drug or alcohol abuse, or a parent neglecting a 2-year-old, the kid might look impulsive or aggressive. And the parent might just want a quick fix, and the easiest thing to do is medicate. It’s a travesty.” [Source]

Some physicians claim that drugging a toddler may in fact be necessary under certain extreme circumstances, for example when nothing else helps a child who is dangerous to themselves or to others, although, it is difficult to see how a toddler could present a significant threat to an adult, and the assertion that over 10,000 toddlers annually are on these drugs belies the idea that these prescriptions are given in only worst case scenarios.

What are your thoughts about drugging toddlers for ADHD, and what do you think are the causes for the rise in ADHD diagnoses for America’s children? Please leave your comments in the comments section below.

About the Author
Alex Pietrowski is an artist and writer concerned with preserving good health and the basic freedom to enjoy a healthy lifestyle. He is a staff writer for WakingTimes.com and an avid student of Yoga and life.