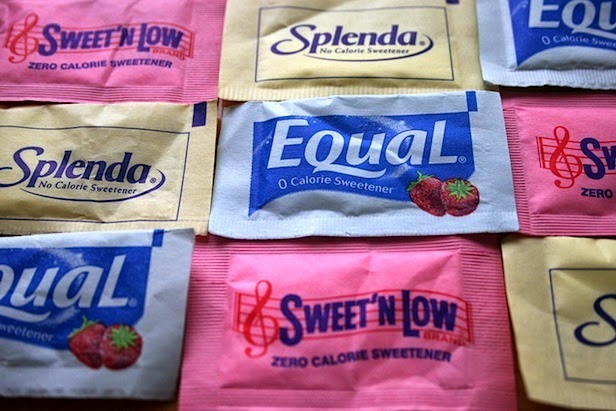 Just like its five previously approved counterparts, advantame is said by the FDA to be low-calorie and doesn’t generally raise blood sugar.

The FDA gave the green light to the new artificial sweetener on Monday.

It is a white crystalline that dissolves in water, and does not break down under heat.

Advantame is 20,000 times sweeter than regular table sugar, gram per gram, according to LA Times.

Whoa – why so intense? According to the FDA, advantame can serve as a replacement for aspartame. Also, it looks like it circumvent a phenylalanine warning (for those with phenylketonuria [PKU]) since so little is needed. It does, however, contain phenylalanine. Although not meant for meat and poultry it does look like it was intended to sweeten many things based on the FDA statement.

These three things tell me that we can expect this product to be in the food system soon – as soon as it gains a brand name. We can expect it more so than its most recent predecessor, neotame, approved in 2002 and still without a brand name. I’ve never seen that sweetener in an ingredients list, unlike sucralose which flourished in grocery store food and beverages.

The FDA, of course, declared it safe when consumed in “expected volumes” based on 37 human and animal studies. They said they studied the immune system, nervous system and reproductive systems and that it was not harmful to children or developing fetuses.

Josh Bloom of the American Council on Science and Health, wrote that, “it was virtually impossible to find a toxic dose in animals, and there were no signs of carcinogenicity, reproductive or developmental toxicity, or any other systemic toxicity in animals or humans.” And, “About the only way this stuff could harm you is if you were run over by a truck that was delivering it.”

He made sure to take a jab at anyone who might be suspicious of it by sweeping all of them in with “purveyors of dietary supplements” sardonically saying, “After all – we all need to make a living.”

But maybe it doesn’t occur to a lot of people that the creators of artificial sweeteners have gained great profit from having them approved and widely introduced into the food system. And the following list does not include the original lab creators.

While I cannot identify the chemical makeup of advantame, the FDA says it’s chemically related to aspartame, which is considered to be an excitotoxin (kills brain cells) by many doctors. At least according to Dr. Russell Blaylock who wrote Excitotoxins: The Taste That Kills.

A new study in Redox Biology, demonstrated that FDA approved-safe levels of aspartame cause brain apoptosis in the long term. That is, programmed cell death – the cell is programmed to commit suicide.

As what often happens when new chemicals go on the market, approved as safe, we do not discover the longterm effects until much later when we have to figure out what’s wrong with us and go through a tedious process of elimination. That is what happened to a certified nutritionist who had to figure out why she became gravely ill and decided to let the world know about the true origins of aspartame.