Hydrolyzed, Autolyzed, and Other MSG-Containing Ingredients In Foods and Vaccines Kick-Start Schizophrenia

The human brain is packed with a substance that needs to be treated like a handle-with-care explosive. Glutamate, one of the most abundant chemical messengers in the brain, plays a role in many vital brain functions, such as learning and memory, but it can inflict massive damage if it is accidentally spilled into brain tissue in large amounts.

Glutamate flow in the brain is normally kept in check by a system of dam-like structures, which release a trickle of the substance only when and where it is needed. But burst a dam–as happens in stroke, head trauma, and some other neurological disorders–and the treacherous messenger floods the brain. The surge of glutamate radiates out from the area of original damage, and kills neurons in nearby areas. The expanded damage can leave in its wake signs of impaired brain function, such as slurred speech and shaky movement.

Monosodium Glutamate (MSG) is not a nutrient, vitamin, or mineral and has no health benefits. The part of MSG that negatively affects the human body is the “glutamate”, not the sodium. The breakdown of MSG typically consists of 78% glutamate, 12% sodium, and about 10% water. Any glutamate added to a processed food is not and can not be considered naturally occurring. Natural glutamate in plants and animals is known as L-glutamic acid.

Processed free glutamic acid (MSG) is created when protein is either partially or fully broken apart into its constituent amino acids, or glutamic acid is secreted from selected bacteria. A protein can be broken into its constituent amino acids in a number of ways (autolysis, hydrolysis, enzymolysis, and/or fermentation). When a protein is broken down, the amino acid chains in the protein are broken, and individual amino acids are freed. These processes are discussed in some detail in food encyclopedias — wherein articles on glutamic acid and “monosodium glutamate” are generally written by persons who work for Ajinomoto, Co., Inc., the world’s largest producer of the food ingredient “monosodium glutamate.”

While the glutamic acid in “monosodium glutamate” is generally produced through bacterial fermentation, the glutamic acid in the other MSG-containing ingredients is made through use of chemicals (hydrolysis or autolysis), enzymes (enzymolysis), fermentation, or a complex cooking process wherein reaction flavors are produced from a combination of specific amino acids, reducing sugars, animal or vegetable fats or oils, and optional ingredients including hydrolyzed vegetable protein.

It is now essentially unregulated when it comes to labeling standards. A label may say “yeast extract”, “calcium caseinate”, or “beef flavoring”, but the product still contains varying amounts of “free” glutamic acid. This makes it very difficult for consumers who are trying to avoid it. It is also very dangerous for those who suffer severe reactions to it. Many people who are very sensitive to MSG experience respiratory, neurological, muscular, skin, urological and even cardiac symptoms.

Both MSG and hydrolyzed gelatin (11% free glutamate by weight) are found in many vaccines. Considering the dangers associated with glutamate as well as the other alternative stabilizers available, it is not clear why vaccine manufacturers continue to incorporate these harmful ingredients in their formulas. Even a simple vaccine given to children such as the FluMist contains MSG (Source: FluMist February 2012 from fda.gov – page 12).

Another example would be Merck’s M-M-R vaccine. The product insert states that the growth medium for measles and mumps includes “amino acids” and “glutamate.” It is also stated that the medium for rubella included “amino acids” and “hydrolyzed gelatin.” Finally, it states that the “reconstituted vaccine” for subcutaneous administration includes hydrolyzed gelatin.

We also know that any hydrolyzed protein, such as the hydrolyzed gelatin will contain some processed free glutamic acid (MSG), some aspartic acid, and some L-cysteine, all considered to be neurotoxic by neuroscientists. Even without hydrolyzing gelatin, gelatin contains over 11% processed free glutamic acid (MSG) and some aspartic acid and L-cysteine. It is present as a result of the manufacturing process that results in gelatin.

A study on infant rats showed that administration of MSG lead to five shrunken glands, including the testes. Other studies have shown that growth hormone, thyroid hormones and many other endocrine functions can be assaulted by excitotoxins which may lead to growth retardation of children before the age of puberty.

Based on peer reviewed studies, there is no question that glutamic acid is neurotoxic. This can be easily confirmed by accessing MEDLINE retrieval service for studies dating from 1966 to the present, using the words “glutamic acid” in combination with the words “brain lesions” and then “neurotoxicity.”

There is also no question that the young are most at risk from MSG. The work of John W. Olney, MD has provided sufficient evidence on the effect of glutamic acid on the blood brain and placental barriers.

There are a number of straightforward bold faced lies used by the glutamate industry in defending its contention that exposure to free glutamic acid found in processed food does not cause adverse reactions including hives, asthma, seizures, and migraine headache; could not possibly cause brain damage, learning disorders, or endocrine disturbances; and could not possibly be relevant to diverse diseases of the central nervous system such as addiction, stroke, epilepsy, schizophrenia, anxiety, depression, and degenerative disorders such as ALS, Parkinson’s disease, and Alzheimer’s disease. Central to their argument is the lie that the processed free glutamic acid used in processed food is identical to the glutamic acid found in unprocessed, unadulterated food and in the human body.

Strategies are now being employed to treat schizophrenia by reducing glutamate. “Targeting glutamate may be more useful in high-risk people or in those with early signs of the disorder,” said Jeffrey A. Lieberman, MD, a renowned expert in the field of schizophrenia. “Early intervention may prevent the debilitating effects of schizophrenia, increasing recovery in one of humankind’s most costly mental disorders.”

If excess glutamate is driving schizophrenia, it may also explain why children begin having psychotic episodes at young ages often after multi-dose vaccines are administered, since this may directly increases glutamate levels in the brain of young children.

An increasing body of peer-reviewed evidence indicates that when a woman is pregnant, transiently elevated cytokines can induce atypical brain development in her embryo or fetus. Illnesses and vaccinations induce elevation of cytokines, and these elevations can be heightened in individuals with alleles of genes related to immune responses. An implication of citations supporting these relationships is that vaccinating pregnant women is likely to induce cognitive and behavioral pathologies in as least some children whose mothers were vaccinated while the child was in utero. Schizophrenia and developmental disabilities are pathologies that may ensue.

A pregnant woman’s options are discomforting. If she develops swine flu or seasonal influenza, she may induce cytokine elevations which adversely affect her fetus. If she allows herself to be vaccinated during pregnancy, her body’s reaction will include cytokine elevations which may adversely affect brain development of some fetuses – and do in ways that become apparent only during early childhood, adolescence, or young adulthood.

Since more than 100% of both routine and influenza vaccinations are not tested for long-term safety and effectiveness in pregnant women or nursing mothers, there is no conclusive scientific evidence available on their pharmacokinetic risks nor the physiological impact they may present in the development of schizophrenia and related psychotic disorders.

This area of study is worthy of serious investigation to firmly establish whether the foundation of the majority of glutamate associated psychotic disorders stem from dietary patterns and medical intervention (primarily vaccines) in early childhood.


This article appeared at Preventdisease.com 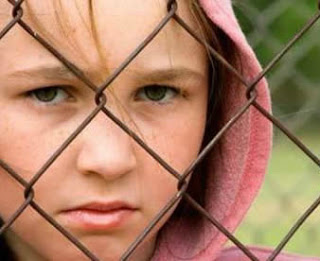